Kentucky Derby weekend is here again! Can you believe, dear readers, that a whole year has passed already? It seems like just a few months ago we watched as I’ll Have Another surprised everybody with the win (and the run!) of his lifetime.

This year, Ms. Jeannie’s changing things up in the way of  her annual derby party. Since Mr. Jeannie has to go out of town on race day, it will be a Friday night Kentucky Oaks party instead of a traditional Saturday Derby party.  All the fun, plus the added bonus of watching the ladies run for the lilies! What could be better then two Derby parties in one?! 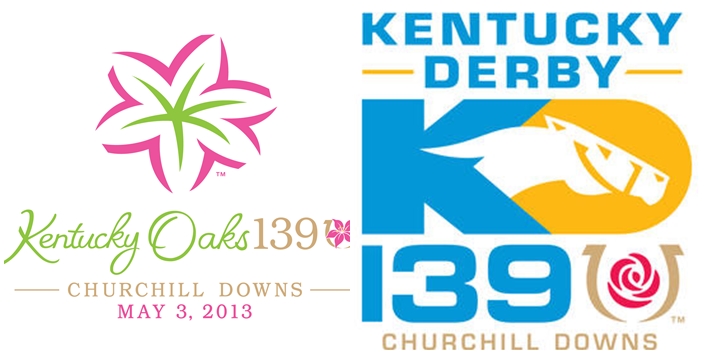 Ms. Jeannie has never really kept up with the Kentucky Oaks horses – although she’s wondering now, why she hasn’t – the stories of all the fillies are equally as captivating and exciting as the boys next door. Horses (only the girls!) have been running in the Kentucky Oaks since 1875, making it, along with the Derby, not only the oldest contested race in history but also  the only sporting events to be held in the same location since the start.  No wonder there is so much pomp and circumstance!

This year, there’s an interesting crop of horses running in the Oaks. If you want to read up on all the contestants, click here.  Ms. Jeannie has picked these three favorites to root for…

There are actually three grey horses running in the Oaks this year, Midnight Lucky, Flashy Gray and Silsita. Since only 3% of thoroughbreds are grey in color, Ms. Jeannie thinks this must be a special year for the color group! There is superstition surrounding grey racehorses – some camps believe they are lucky, others believe they are unlucky. Ms. Jeannie doesn’t buy into any of that. Any horse that is talented enough to make it to the Oaks clearly has an equal chance at the big win!

Because this will be a combination party this year, Ms. Jeannie is incorporating both races into her theme…

This year Ms. Jeannie’s floral bouquets for the table will be a mixture of yellow and magenta knockout roses, which have just started blooming in her garden. Rose to Gold is a horse running in the Kentucky Oaks, so this flower arrangement is a fun twist on that name.

If you visit Churchill Downs you’ll see knock-out roses surrounding the statue of Aristides, who was the first horse to win the Kentucky Derby in 1875.

The thing Ms. Jeannie likes most about using these flowers is that they constantly enhance the table with their falling flower petals. As a cut flower they usually only last a couple of days, but that’s ok – their smell and beauty make up for their short life span. And they are like the little florists of the night – a petal here, a petal there… decorate away, my dears.

Because the flowers hold such vibrant color, Ms. Jeannie is going low-key with the plates and just using a mixture of her all white dishes. Although you can see how using a little bit of an additional pattern or color palate would still work great with the theme.  These green, white and gold Royal Jackson dishes from the 1950’s compliment the flowers perfectly without seeming too matched. They are available in Ms. Jeannie’s Etsy shop here and here.

Since it has been a busy year, Ms. Jeannie has picked the most mellow of all the horses as her choice for winner of the 2013 Kentucky Derby…Normandy Invasion!

Apparently he’s the one around  the stables who like naps and lunch time best. It’s cute that he’s got such a stormy name when he has a very laid-back personality, isn’t it? Owner, Rick Porter, named him after the heroism of the troops that stormed the beaches in France. It appears Normandy, like his namesake is all business when it comes to running.  He’s just casual in attitude but clearly, to make it to the Derby, not casual in ability.

Anyway, carrying on the French theme of Normandy’s name, he’ll make quite an appearance at the party in the form of French cheeses during cocktail hour and a french themed main entree at dinner.

The cheeses being served during cocktail hour are Brie, Camamberet (from Normandy!), Chevron, Bleu de Vercors and Roquefort all accompanied along with assorted hard crackers, nuts  and fresh fruit.

For drinks, Ms. Jeannie is serving a french twist on the traditional mint juleps  – the  Champagne Julep which is sort of like a mint and champagne spritzer.

Because there is a filly running in the Oaks named Dreaming of Julia, Ms. Jeannie pulled out her Julia Child cookbook for the recipe Filets de Poisson Gratines, a la Parisienne (also known as Fish Filets Poached in White Wine  accompanied by a Cream and Egg Yolk Sauce).  Ms. Jeannie will be using sole fish – she thought this would be a clever take on the horse,  Golden Soul, who is also running in Saturday’s Derby.

If all goes well it will look like this…

Accompanying the fish, will be crisp yellow and orange carrots sauteed in butter, honey and fresh rosemary alongside blanched asparagus for a little added crunch.  The carrots are a nod to another race runner, Goldencents, and all the colors hopefully will look nice and spring-like on the plates. This makes for four horses represented in just the main entree alone!

On the menu for dessert is Martha Stewart’s recipe for Frozen Lemon Mousse, which is like a frozen lemon ice cream cake. This recipe is a little time consuming , and takes a lot of lemons, but you can make everything up to two days ahead, so if you prepare in advance, then it is a breeze to pull out of the freezer on party day.

For the final bit of flourish after dessert, there will be a coffee tasting, which pays tribute to Derby runner, Java’s War. The tasting will be comprised of five different types of coffee including a Southern chicory blend.  Ms. Jeannie has never done a coffee tasting before and the idea came to her late in the night one night last week when she was supposed to be sleeping, so this is an experimental project. We’ll see how it goes!

The blends to be sampled are Organic French Roast (oh that the French theme!), Italian espresso with lemon rind, Starbuck’s Komodo Dragon, French Market’s Coffee & Chicory, and lastly, for anyone that wants to carry the cocktails into dessert, Irish Coffee. She’ll keep you posted on everybody’s favorite of the night.

This year, Ms. Jeannie has really fallen in love with floral crowns…

so instead of doing a traditional derby hat (and because she was too late in ordering one!), she is going to make a floral crown to compliment her yellow sundress. Floral crowns are kind of like a mix between an artistic fascinator (so popular last year) but with the broad coverage of a hat.

so she’ll use that as the base of her wreath and then incorporate a few roses from the garden. If you need a last minute hat, and like Ms. Jeannie’s idea, here is an easy video on how to make your own floral head crown.

She’s got a few hours left to figure out her music for the night. For some reason this year, Ms. Jeannie’s having a tough time with this aspect. She wanted to go with a traditional bluegrass, dixieland band kind of vibe but she just couldn’t find anything that was quite right. If you have any suggestions, please post them in the comment section. Worse comes to worse, she’ll set the table outside and let the birds provide a natural soundtrack!

Ms. Jeannie hopes that you have a wonderful Derby weekend and that all your favorites come in first. Cheers to a good run and a happy party!

2 thoughts on “Twice the Fun: Two Derby Parties in One!”

It’s cookbook season! We have lots of new (old) cookbooks coming to the shop this fall. Spanning just about every decade of the 20th century, you’ll find classics like James Beard and Julia Child, regional cookbooks, travel cookbooks, hospitality cookbooks and even some obscure antique ones. So many good and comforting and delicious recipes live in old books. 💛 Pop by for a peek as they are added day by day.