On this day 68 years ago, Edgar T. Wherry, a well renowned mineralogist was celebrating an accomplishment with a certain bouquet of flowers that had just come into bloom. March 11th, 1948 was publication day for his springtime book… 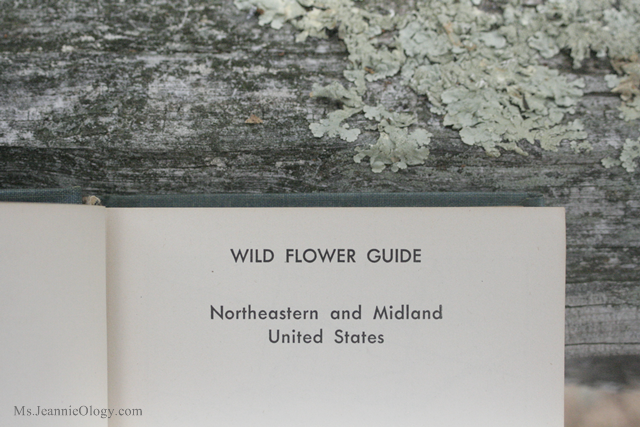 At the time of publication, Edgar was living in Philadelphia and teaching botany at UPenn. The weather that day was cloudy and cool, with temperatures only reaching the mid 40’s. Not rainy but not sunny either, it was another grey day in a long stretch of grey days that would mark March the cloudiest month of the entire year in Philadelphia. Daylight savings time wouldn’t arrive until April 25th, 1948; which means the light was weak, the landscape was heavy and the overall climate was dreary. Edgar, like his contemporaries today, was tired of the winter snow, the freezing rains, the ice covered sidewalks. Spring couldn’t come soon enough.

But finally a mental break came for all Northerners on March 11th, when this gem of a treasure hit bookshelves for the first time. Bright and beautiful, it lightened spirits everywhere in the form of color plates and caring words. Flowers were blooming if not in the garden at least on the page. 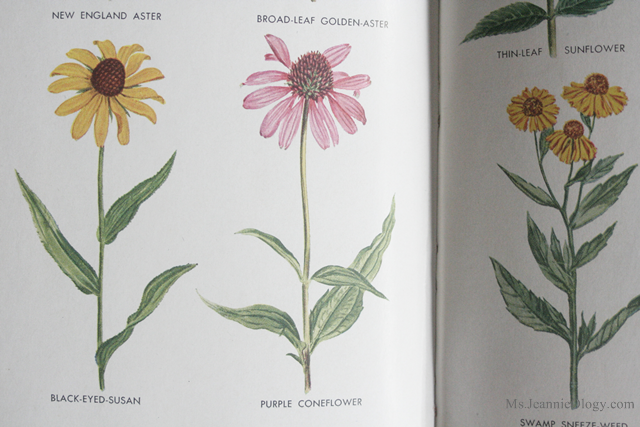 In his book, Wild Flower Guide: Northeastern and Midland United States, Edgar compiled hundreds of different types of wild flowers native to these two regions in an effort to highlight their importance in the natural landscape. Mixed in with descriptions of each flower were both color plates and black and white illustrations describing shape and size and color. Edgar wanted to make it as easy as possible to help identify, propagate and encourage long-lasting growth of species facing possible extinction.

As an ecologist and a nature lover, Edgar like many mid-century conservationists, was concerned that urbanization and lack of attention to natural green space was going to eradicate many of the flowers that make the varied North American landscape one of the most beautiful and diverse in the world.

Considered a visionary for his forward thinking about protecting what some people considered “weeds,” Wherry was determined to educate people about the importance of incorporating native plants into garden design. 1948 was the perfect time to launch his book. Victory gardens established during the war years introduced a whole new wave of home horticulture enthusiasts.  Excitement revolving around the concept of building backyard vegetable gardens was proud patriotism at its best and captured the hearts of all ages from the young to the old.

Edgar rode the wave of people’s interest in making even the smallest garden a productive one. Benefits for people and plants abounded. Edgar teamed up with illustrator Tabea Hofmann to show readers just how pretty a weed could be and how useful it was to the big garden picture.  Edgar’s book is chock-full of interesting fun facts about plants including special notes that inform and entertain. Here he explains how the touch-me-not flower helps soothe poison ivy.

Edgar managed to combine both practicality and dreaminess in one volume. With names like Golden Alexander, Star Violet, Queen of the Prairie, Fairyslipper, and Rosybells, he seduced people in 1948. This book of botany was, and still is, pretty scintillating stuff for anyone who has just come through the freezing month of February. It doesn’t matter if it was 60 years ago or six minutes ago, Edgar still has the ability to soothes us, to inspire us, to teach us.  Spring will come. The cold air will warm. The flowers will bloom. And what a sight it will be.

This post is dedicated to all of Ms. Jeannie’s friends and family in the colder climates who just can’t bear one more day of winter. Hang tight! Spring is coming! The flowers are stirring! Edgar said so.