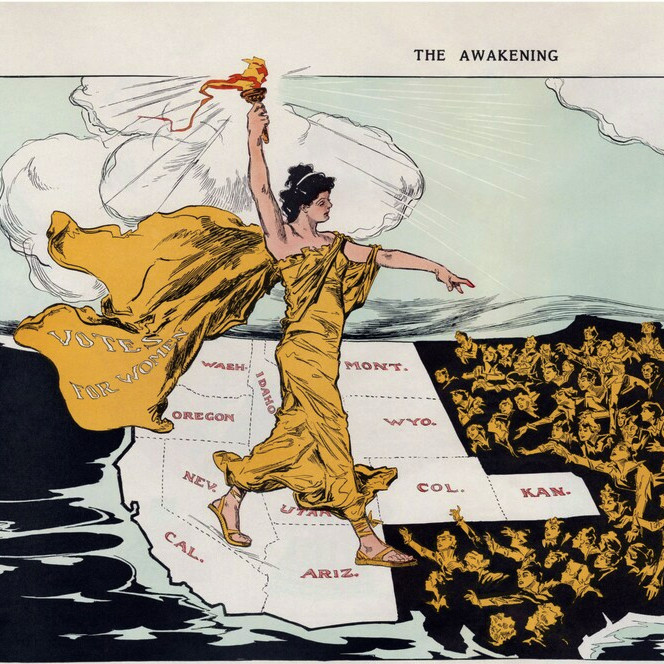 {Spoiler Alert: This is a series of blog posts detailing the real-life story of a 100-year-old item that was lost 13 years ago and how it found its way home in 2021. Follow along from the beginning of this story at Chapter 1: It Arrives and Chapter 2: Meet Angela}

Juice joints, flapjacks, Model T’s, Kelvinators and Radiolas. Mass culture, Sinclair Lewis, giggle water and Gloria Swanson. The Harlem Rennaisance, votes for women and the woman – Edith Bolling Galt. Jazzy foxtrots, upside-down cakes, and the Great Depression. This week we are back with another installment regarding the story of the lost one-hundred-year-old item and how it is finding its way back home after a 13-year quest for answers and owners.

Welcome to Chapter Three of a Monumental Story of Real-life Serendipity Told Over Many Parts. If you are a new reader to the blog, you’ll want to start at the beginning with chapters 1 and 2. If you have been following along since the mystery package arrived, let’s do a little recap to catch up.

It’s been just over a month since the second installment was shared. This is what we know so far…

The time period connected to the mystery item is the 1920s, so today I thought it would be fun to take a look at what life was like in that decade of American history to help give this piece of the past some context. Perhaps it will help all the armchair sleuths out there figure out some more clues as to what the lost item could actually be.

Known as one of the most dramatically diverse decades, the 1920s saw carefree decadence and life-altering depression. It was a dry decade due to Prohibition which lasted from 1920-1933. And it was the dawning of a new age for women as they fought for their independence thanks to the right to vote amendment passed on August 18th, 1920.

The 1920s was the first time that a woman carried influential political power in the White House as Edith Bolling Galt assisted her husband, the 28th President of the United States, Woodrow Wilson after he suffered a stroke during the last year and half of his presidency. Edith not only cared for him physically but also became his social secretary, his press liaison, and his political interpreter shuttling information to him about problems affecting the world. In short, Edith became a critical component in his decision-making process regarding matters of the country.

During the Roaring ’20s, hairstyles were bobbed, waistlines were dropped and the more fun and carefree your attitude, the closer you were to being called a flapper. On the big screen, Gloria Swanson was dazzling movie-goers in the silent movie Something to Think About. Released in 1920, it became the top-grossing film of the decade, earning $9.16 million dollars at the box office. Book worms were buried in the pages of anything and everything written by Sinclair Lewis – who authored not one, not two, but five bestselling books in the years between 1920-1930. Can you name which five those were? If you guessed Main Street, Dodsworth, Babbitt, Arrowsmith, and Elmer Gantry then you get a gold star for your vintage fiction knowledge!

The foxtrot song Dardanella, written in 1919 became the runaway hit of the 1920s just as the first radio stations were forming, bringing music, news, and special programming into homes across the country. Black culture was celebrated in art, literature, and jazz music, giving African Americans their first real opportunity for creative expression and social prominence during the Harlem Rennaisance. For thirteen years from 1920-1933, prohibition made it illegal to get a drink at a bar or a restaurant, but creativity reigned supreme when it came to cocktails disguised in teacups in speakeasies, juice joints, and underground nightclubs.

On the kitchen front, food favorites of the 1920s came in the form of flapjacks, pineapple upside-down cake, cod cakes, and anything served with wiggly, jiggly Jell-O. In the absence of legitimate cocktails due to Prohibition, restaurants got creative and served diced fruit in cocktail glasses, instantly coining the term “fruit cocktail” and making it a popular mainstay on menus for the next forty years. The vacuum cleaner, the washing machine, and the in-home refrigerator were all introduced as modern necessities on the domestic front and the kitchen sink and all kitchen countertops were standardized to a height of 36″ inches (which is still the standard height today too!).

In the 1920s, urban lifestyles were on the rise as more people fled the countryside and rural sections of America to live in fast-growing cities. Urbanization offered more opportunities in the way of advancement, both financially and career-wise. 50% of the American population traded in rural life for a city setting during this decade. As a result, a sophisticated and stylized cosmopolitan life emerged giving birth to streamlined design favored in the elegant Art Deco movement that mirrored the glitz and glam of affluent city dwellers and their cityscapes.

Throughout the 1920s, westward expansion offered new travel opportunities via railroad to parts of the country that seemed not easily accessible. It also allowed for products, produce, and consumer goods to move about the country at breakneck speeds introducing regional items to a new broader audience. And car travel, thanks to the affordable Model T, and the burgeoning automobile industry that followed, cars made road trips a new possibility, giving birth to an entirely new tourism-based marketplace that included roadside motels, diners, gas stations and repair shops. For less than $300 in 1924, you could buy a brand-new Model T (exact price: $265.00, which is equivalent to about $4,000.00 today), enjoy a turkey dinner at a nice restaurant ($1.25) and stay in a hotel for as long as you liked at $2.00 a night.

Even though the 1929 stock market crash and the Great Depression would close out the 1920s, overall the decade was viewed on a whole as being optimistic, creative, and progressive. With a focus on innovation and development as well as the arts, feminism, expansion, and a newfound bohemian spirit, the essence of the mystery item is wrapped up in several layers of 1920s pop culture mentioned here, especially surrounding new opportunities and new ways of looking at life. Several clues directly leading to the mystery item are hidden in this post, so keep your eyes peeled!

As discussed in Chapters One and Two, this item involves many more people than just Angela and the Vintage Kitchen. While the story continues to unfold, we will keep revealing new details about the mystery item as we get closer to reuniting it with the people and place where it belongs. In the meantime, If you would like to take a guess as to what the mystery item might be, please share your thoughts in the comments section below.

Join us next time for Chapter 4 as we talk travel, and set the wheels in motion for transporting the item to its final destination.

7 thoughts on “A Monumental Story of Real-Life Serendipity Told Over Many Parts: Chapter 3 – The Time Period”