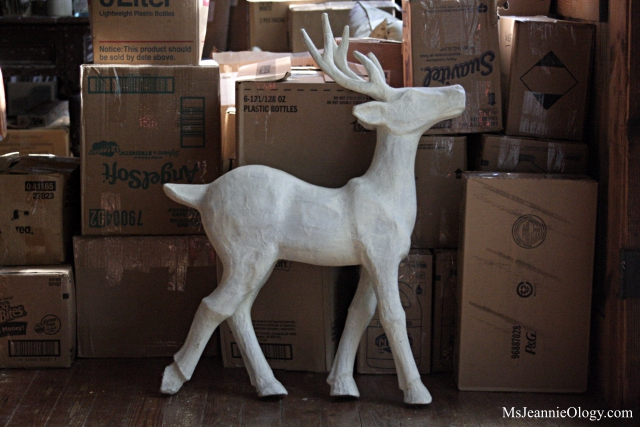 In the land of Ms. Jeannie the creatures are stirring. All week the boxes have been building higher and higher – propping up all the anticipation and all the possibilities of new horizons. A brand-new adventure is about to take place!

At the end of the week Ms. Jeannie will say goodbye to life in the 1930’s schoolhouse and hello to a new space in a new state.  Where is she headed exactly? Stay tuned to see where the gang winds up…

In the meantime, Ms. Jeannie owes a big BIG thank you to blog reader Elizabeth E. who reminded Ms. Jeannie two whole years ago that there was an absolutely fantastic gem of a book waiting to be read in the MJO bookshelves. 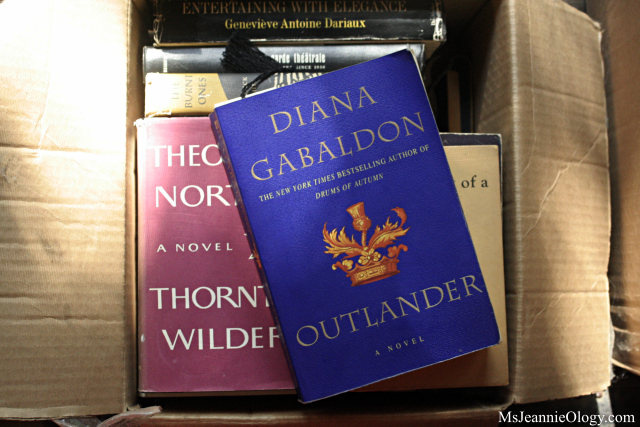 Coming across Outlander while packing bookshelves was just about the most perfect escapist read to dive into while tackling all the every day realities of relocation. Like Ms. Jeannie juggling the in-between time of life in Georgia and life in her new town,  Claire, the heroine of Outlander, (a vintage 1990’s fiction novel) finds herself caught up in two worlds  – that of 1940’s England and then mysteriously of 1700’s Scotland.

It is a fantastic fish-out-of-water story, full of history, romance and adventure as Claire struggles to survive two centuries of time travel. It’s also just about the most fantastic book to fall into after endless hours of packing boxes:) Outlander is the first book out of nine in the series, so if you want to spend the the next few months wrapped up in the mystical and turbulent Scottish highlands then you are in for a most eventful summer of reading.

To make things even more exciting,  Outlander was recently made into an award-winning television show as well. Now into its second season with two more seasons in pre-production, Outlander, the show, is beautifully filmed and equally entertaining. If you haven’t seen it, here’s the original trailer from season 1:

In the next coming weeks, once Ms. Jeannie is settled, she’ll be sharing more summer reading suggestions from her best of the first half of 2016 list, featuring books, movies and documentaries. So stay tuned on that front as well!

Our weekly email newsletters are back! If you are already a subscriber, you’ll find this sunny spring recipe in your inbox today featuring a silky smooth French salad dressing circa 1964. 🥬 Our vintage kitchen is still under renovation but vintage cooking joy stops for no one around here. Thankfully, this salad dressing can be prepared and enjoyed anywhere with just a mason jar and a few herby, aromatic ingredients. Picnic, backyard dining and renovation approved! If you haven’t already subscribed to our newsletters, find the sign up box on our shop home page. Hope you’ll join us!