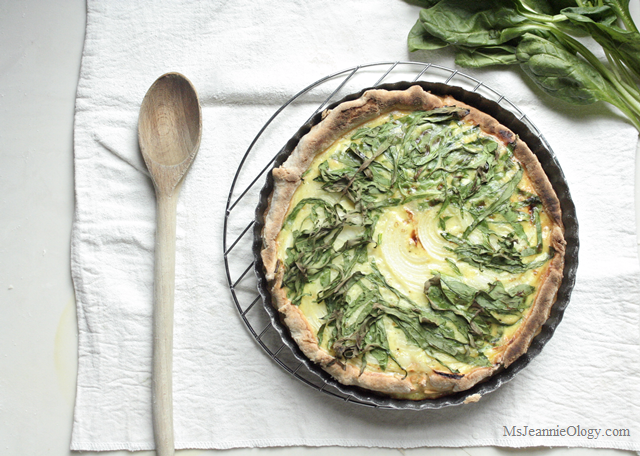 It’s not every day that a woman receives a castle for Christmas, but indeed that is just exactly what happened to Ms. Jeannie last December. That’s right dear readers, a castle! It might as well have been a box full of magic that’s how excited Ms. Jeannie was with her gift! 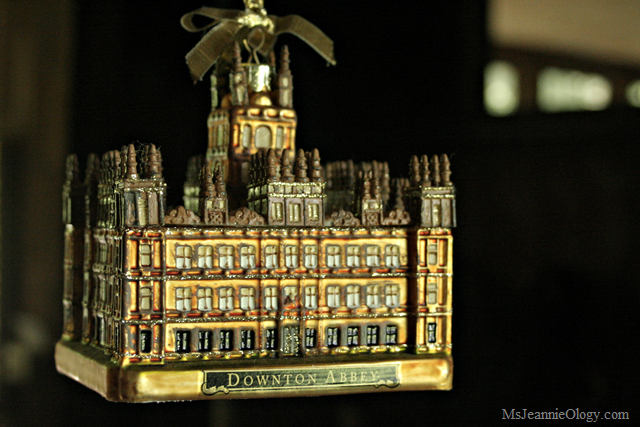 Gold, glittery and delicate, Ms. Jeannie hung her magical manor house on a nail above her kitchen doorframe, where it remains year–round as a symbol for whimsy, wonder and unexpected surprises. Passing underneath it every day, she is inspired by the stories it symbolizes and by the possibilities of passion. Without Julian Fellowes interest in history and his love of storytelling we would have never known Downton Abbey and in turn we would have never known this blog post.

This week Ms. Jeannie is featuring a twist on a recipe from the 2014 coffee table book, A Year In the Life of Downton Abbey by Jessica Fellowes (Julian’s niece!). This is one of several Downton Abbey coffee table books that has been released throughout the series, but by far this is Ms. Jeannie’s favorite. It breaks down Season 5 specifically month by month as far as story lines and contains a lot of behind the scenes info on costumes, hair and makeup and cast/crew interviews. It also contains recipes of the types of fare that the Crawley family would have enjoyed with each passing season. 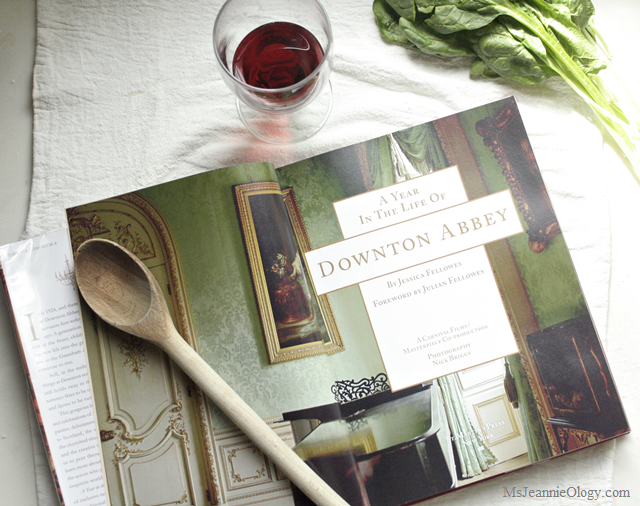 On page 132 in the middle of the month of May, you’ll find this elegant recipe…

tucked amidst the stories swirling around Rose’s coming out season. Her presentation at Court signifies her debutante status for the season, and the chapter is filled with the proper attire, mannerisms and preoccupations that such a lady would have experienced during this exciting time in the mid-1920’s. In all its behind-the-scenes glory, the chapter is also filled with the challenges the crew faced in filming the stand-in location for Buckingham Palace (which was actually Lancaster House in London) and the massive undertaking of outfitting and making up the large ensemble cast of extras at the debutante ball.

While the scenes in the book (and on film!) were quite elaborate for the month of May, the recipe was quite simple… Asparagus Tart. Ideal in the eating seasonably chart, asparagus is at its peek of flavor in late Spring and can be enjoyed in any dish ranging from breakfast to dinner. It is also party perfect because of its straight-lined style and a lovely way of being quite adaptable to artistic displays of culinary wonder.

There was only one slight problem with all this.  After discovering the recipe,  Ms. Jeannie had just returned from market with a basketful of two other shooting stars of the spring season – sweet onions and spinach and sadly, no asparagus. So she improvised, playing a little game of surprise with Mrs. Patmore. By switching out some ingredients for others but retaining the same tart crust and the same measurements of additional ingredients, Ms. Jeannie made a similar tart that would have served all party-goers just as well during the season. This is what she made… 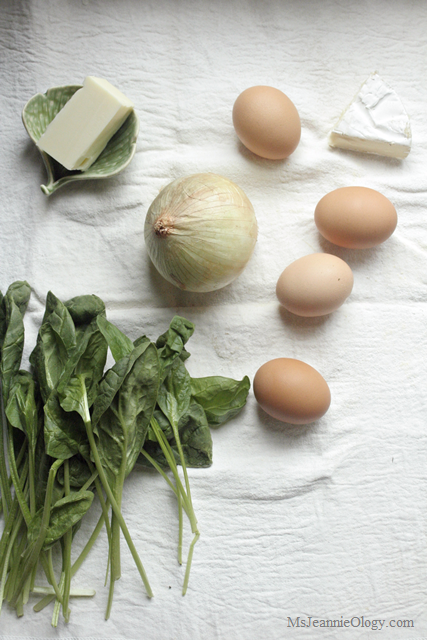 1 1/2 cups all purpose flour, plus extra for dusting

Salt and Pepper to taste

A handful of fresh spinach

One pinch of nutmeg

Depending on the time of day that you enjoy this tart, additional accompaniments that would work great alongside it include:  a mixed fruit/berry sampler or a vegetable salad, potato pancakes, buttered rolls with jam compote, a juice smoothie or sliced chicken for a more protein packed affair. Or just embrace your inner purist and serve it as is!

Just like the pretty presentation of Rose’s debut, this tart also makes perfectly wonderful party food for modern day May. Whether you are surprising Mom with brunch on Mother’s Day, hosting a bridal shower for your best friend or just getting together for an informal event, this recipe promises easy and effortless entertaining.

*If you’d like to make the asparagus version simply omit the spinach, onion and camembert and replace them with 8-10 stalks of asparagus, 4 tablespoons of parmesan cheese and a sprinkling of fresh thyme.

And as a final side note: new items were added to the shop last week all with an “F’ theme: french books, fire hoses and florals! Stop by for a peek!

2 thoughts on “Dinner with Downton Abbey”