Happy New Year! Hope your holidays were festive and that your new year is off to a great start. Here in the Vintage Kitchen, there are lots of fun things in the works for 2020 – ones that incorporate both cooking and collecting. After the emotional events of last year, I’m ready to pour a giant amount of joy into this new decade starting right now, with January, and the announcement of a big year-long project…

Pack your market bags dear readers, we are going on an adventure. Welcome to the International Vintage Recipe Tour of 2020! Each week throughout the year, I’ll be cooking an authentic heritage recipe from a different country that was featured in the 1971 edition of the New York Times International Cook Book. Sharing both the experience (and the recipe!) here on the blog every Wednesday, I hope you’ll join me in exploring together the cuisine of 45 countries over the course of 12 months. It’s going to be an epic year of discovery, one in which I hope will shine a spotlight on some old, wonderful, possibly forgotten dishes that may have gotten covered up over time. 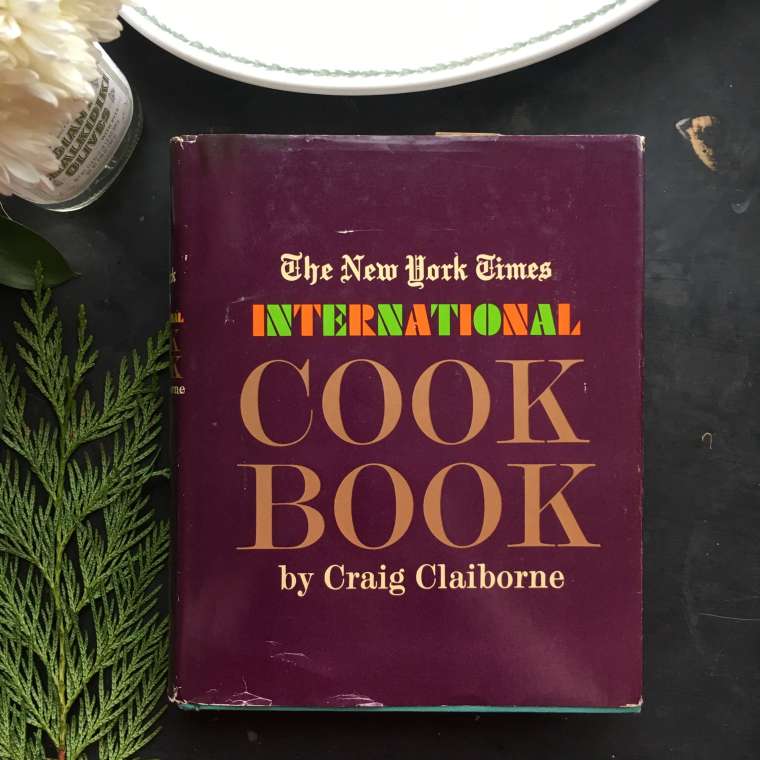 Throughout this project, we’ll cover all the food groups and prepare unique dishes for all meals of the day including breakfast, lunch, dinner, cocktail hour and dessert. Organized alphabetically by country, we’ll circumnavigate the globe, exploring an eclectic range of landscapes and cuisines together. One week, we’ll be making island fare fit for a summer beach party and the next we’ll be deep in another hemisphere’s mountain range cooking up cuisine much more suited for skiing and snow. Some recipes will be quick to make like mixing up a tropical cocktail or making homemade mustard, while others will involve more time and detailed technique like making a layer cake or pickling vegetables. We’ll visit all the continents (except Antarctica) and we’ll touch upon interesting aspects of each country’s history through interviews, books, movies, music, art and artifacts. 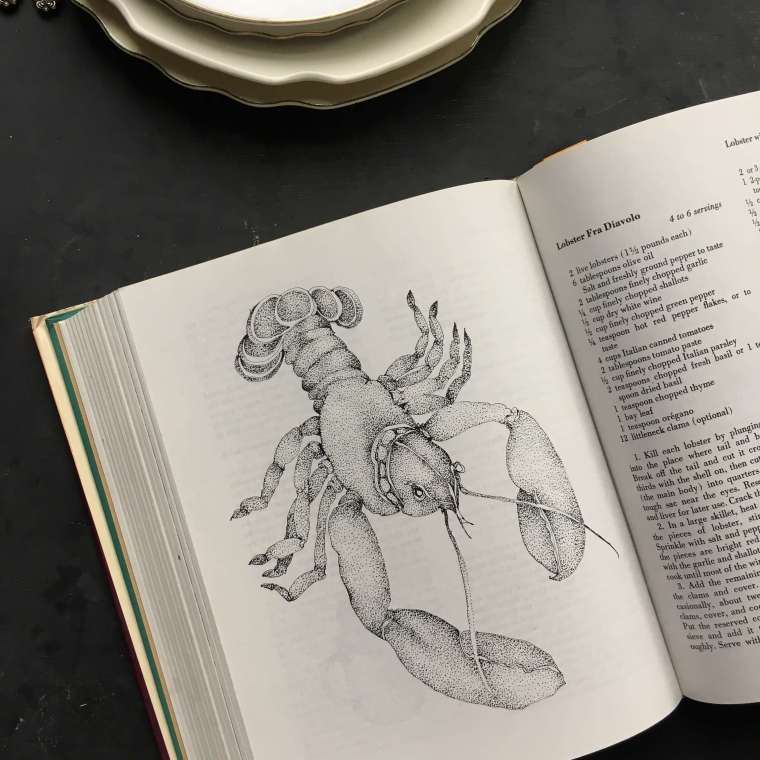 A year-long cooking project is quite a commitment. It’s the biggest endeavor I’ve ever attempted here on the blog and I’m not quite sure how smoothly it’s all going to run.  But exploring foreign foods has been a favorite source of joy and curiosity for me since my college days, when my sister and I used to throw International Dinner Night parties in our Brooklyn apartment. By traveling around the globe via the kitchen this year, I hope this project will spark some unexpected fun in your cook space too.

Since I haven’t previously tested or tried any of these recipes listed in the cookbook before, there’s a good chance we’ll encounter some mishaps along the way and uncover some unusual cooking situations. There are foods from many countries included in this adventure that I have never even tried before, and there are some countries listed in the cookbook that don’t even exist anymore thanks to changes in world history. But through this project I hope to start some conversations with you about the validity of vintage recipes, the ways in which we prepare foreign food and the effect these recipes have upon our modern palettes.

There are lots of books that could have been referenced once this idea of a vintage recipe tour started swirling around, but The New York Times International Cook Book is an ideal fit for this type of world-wide exploration for two main reasons. First, Craig Claiborne… 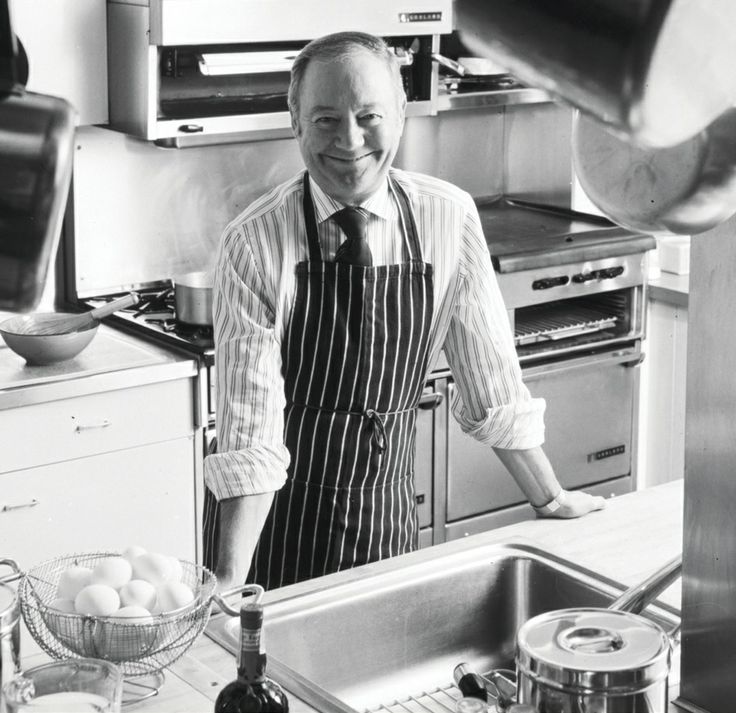 The recipes in the International Cook Book were collected and tested by Craig Claiborne (1920-2000), a long-time editor at the New York Times and a treasured favorite cook here in the Vintage Kitchen. Throughout his career, Craig came in contact with all sorts of foodies from all sorts of places around the world – famous chefs, restaurateurs, caterers, food critics, industry professionals, home cooks and “those who wanted to communicate their culture via their kitchen.” He was also a talented wonder in the kitchen himself and the author of over twenty cookbooks. There is not a recipe that I’ve tried of his that I haven’t absolutely loved. Needless to say, he knew a good recipe when he saw one and he knew the good sources from which to get them. When he was preparing The New York Times International Cook Book he consulted hundreds of people and traveled thousands of miles to collect the most highly prized recipes he could find. Although he hasn’t been as widely recognized or remembered as some other famous culinary icons of the past, I’m excited to re-introduce him here on the blog. With his name attached to this cookbook, I have a feeling we are in good gourmand hands.

The second reason why the International Cook Book is an ideal vintage recipe springboard is because of the decade in which it was produced…the 1970’s. The first edition came out in 1971,  a decade of heightened curiosity and savvy in both the international travel department and the cooking department. While the 1960’s made air travel to foreign countries appear glamorous and exotic, by the beginning of the 1970’s international escapades were more widely accessible to Americans. This interest in other cultures reflected in the food scene of the 1970’s too – by exposing American palates to more diverse cuisine and broadening their culinary horizons.

The disco era ushered in a decade of cosmopolitan dining and entertaining that was backed by newly found confidence, curiosity and skill in the kitchen. Swiss fondue parties were all the rage, Spanish paella became a fashionable dinner food, and homemade Italian tomato sauce consisted of garden-raised ingredients instead of the 1960’s version that often combined conveniences like ketchup and canned tomato soup. Cooking in the 1970’s revolved around excitement, a desire for authenticity and an interest in cultural awareness that is similar to the way we approach food today. Over the course of the year, it will be interesting to see how these vintage recipes compare to our modern palates and standards of both cooking and eating. It is often said that history repeats itself, I’m curious to see if that cliche applies to food as well.

I hope you join me each week in this around the world journey and discover some new favorite recipes yourself. We kick off the big adventure next Wednesday, January 8th, with our first country…

What’s on the menu for Armenia? You’ll just have to wait and see:) Until next week… cheers to the new year!

Our weekly email newsletters are back! If you are already a subscriber, you’ll find this sunny spring recipe in your inbox today featuring a silky smooth French salad dressing circa 1964. 🥬 Our vintage kitchen is still under renovation but vintage cooking joy stops for no one around here. Thankfully, this salad dressing can be prepared and enjoyed anywhere with just a mason jar and a few herby, aromatic ingredients. Picnic, backyard dining and renovation approved! If you haven’t already subscribed to our newsletters, find the sign up box on our shop home page. Hope you’ll join us!